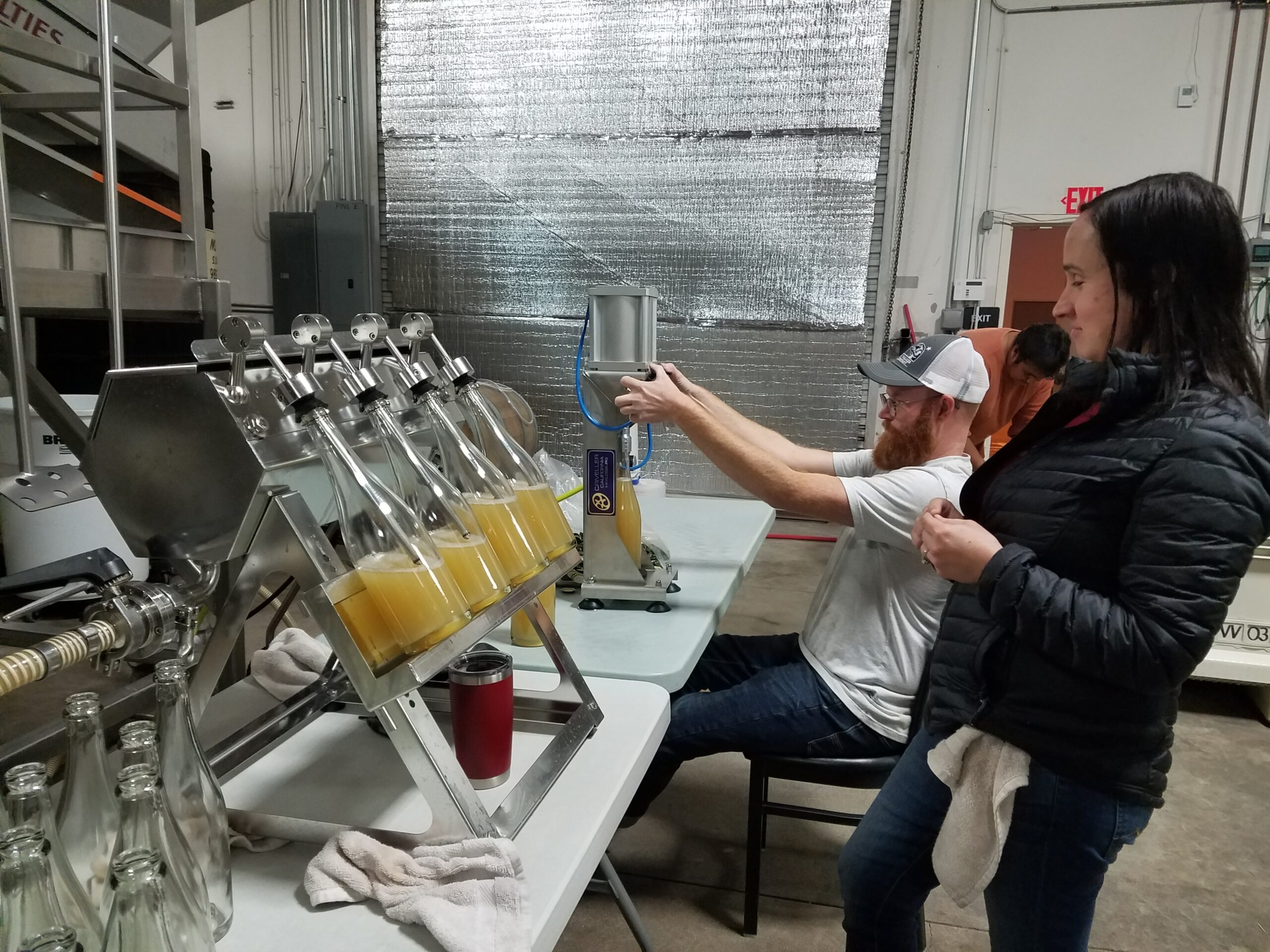 For the longest time, Champagne has been the beverage-of-choice for celebrations and for many, still is. But most of us can’t fork over a couple of Benjis for four glasses of wine, so we’re forced to find alternatives. Well, search no more! Put down your flute and grab a goblet, because Pet Nats might just be your new best friend—and the best part is, they won’t break the bank.

What is a Pet Nat, you say? First, it’s important to know how bubbly wines are made. Plainly put, sparkling wines are the result of trapping fermentation in an enclosed vessel and allowing yeasts to convert grape sugar to alcohol and carbon dioxide. That’s it.

Pet Nats are made with the “ancestral” or “rural” method. Its discovery is credited to the monks of St. Hilaire of Limoux, France in 1531. The rural method is the first known method for making sparkling wine and is ascribed to serendipity. It is likely the monks were making a still wine when the fortunate accident of sparkling wine occurred. Here’s what likely happened: As winter approached, cooler temperatures suspended the yeast’s activity and made the fermentation appear complete, so the monks set the wine to rest. However, when spring arrived with warmer temperatures, the wine began to re-ferment, and the result was carbonated wine. The monks fine-tuned the process and created the first “official” sparkling wine, Blanquette de Limoux.

So where did the term “Pet Nat” come from? It’s playful slang for Pet Nat’s full name, “petillant naturel”, a term said to be coined in the 1990s by Christian Chaussard in Loire region of France. Story has it that Chaussard was making a still Vouvray when serendipity struck again, and he was surprised with an unplanned sparkling wine. He found the bubbles worthy of reproducing and became inspired to experiment further with the rural method. His colleagues followed suit, and the practice became widespread in the Loire.

It is important to note that there is a distinction between standardized ancestral method wines and Pet Nats. The four ancestral method AOCs in France (Bugey, Limoux, Gaillac and Clairette de Die) mandate the use of specific grapes. Each region performs codified vinification that produces a predictable style of sparkling wine. Pet Nats, on the other hand, are unregulated, leaving room for a lot of experimentation and diversity. Just about any grape can be used to make a Pet Nat, as long as there is sufficient grape sugar at harvest. The style can also change vintage to vintage.

Unlike Champagne, which can only be made in its namesake region with specific grapes and with the traditional method, Pet Nats can be made virtually anywhere. Producers are experimenting with them in New York, California, Baja, Chile, Australia and Italy to name a few.

Per the rural method, Pet Nats require a singular fermentation that begins in the tank and finishes in bottle. Once fermentation is underway, and a portion of the sugars are converted to alcohol, fermentation is halted and the juice is moved to bottles where it finishes fermentation. There is no dosage, usually no sulfur addition and often, no disgorging. Seems simple, no?

According to Emily Towe of J. Brix in San Diego:

J.Brix began making their Cobolorum “Goblin” Pet Nat of Riesling in 2013, and by 2016, the New York Times had crowned it their favorite Pet Nat. 2017 came and went without the naughty goblin, so when the highly anticipated 2018 vintage arrived it sold out in a few weeks. Their story is one that highlights the increasing vogue of Pet Nats over the last several years.

You can spot a Pet Nat by their crown cap and cloudy appearance. Depending on the level of residual sugar at bottling, they can be slightly fizzy to outright explosive upon opening. They can range from bone dry to slightly sweet. Some are disgorged to “clean” the wine by removing the “lees”, AKA “dead yeast”) while the majority are not. Those that are un-disgorged and still contain the residual lees will often have a toasty, nutty characteristic to them, but some can be borderline “pet nasty” and too funky for most palates. It all comes down to producer style, so the sheer range of Pet Nats is what makes them truly interesting.

Another perk of Pet Nat is the sweet fact that the most money you’ll likely spend on a bottle lands at around $50. Brian Smith of Oyster River Winegrowers in Warren, Maine elaborates on their affordability:

Smith began bottling Pet Nats in 2013 and labels them “Morphos”.  He makes two Pet Nats that both retail around $20: a Rosé of Long Island merlot and a white Pet Nat of seyval blanc and cayuga. Both are approachable and popular amongst in-the-know drinkers.

And there are so, so, so many more…

Let your palate be your guide. If you’re new to Pet Nats, ask your local retailer to advise you and start with one that’s “clean”—unless funky is your thing. And don’t let your eyes fool you; behind that murkiness could be a delightful, tasty surprise. Go on and pop one – just make sure your glass is ready to go.