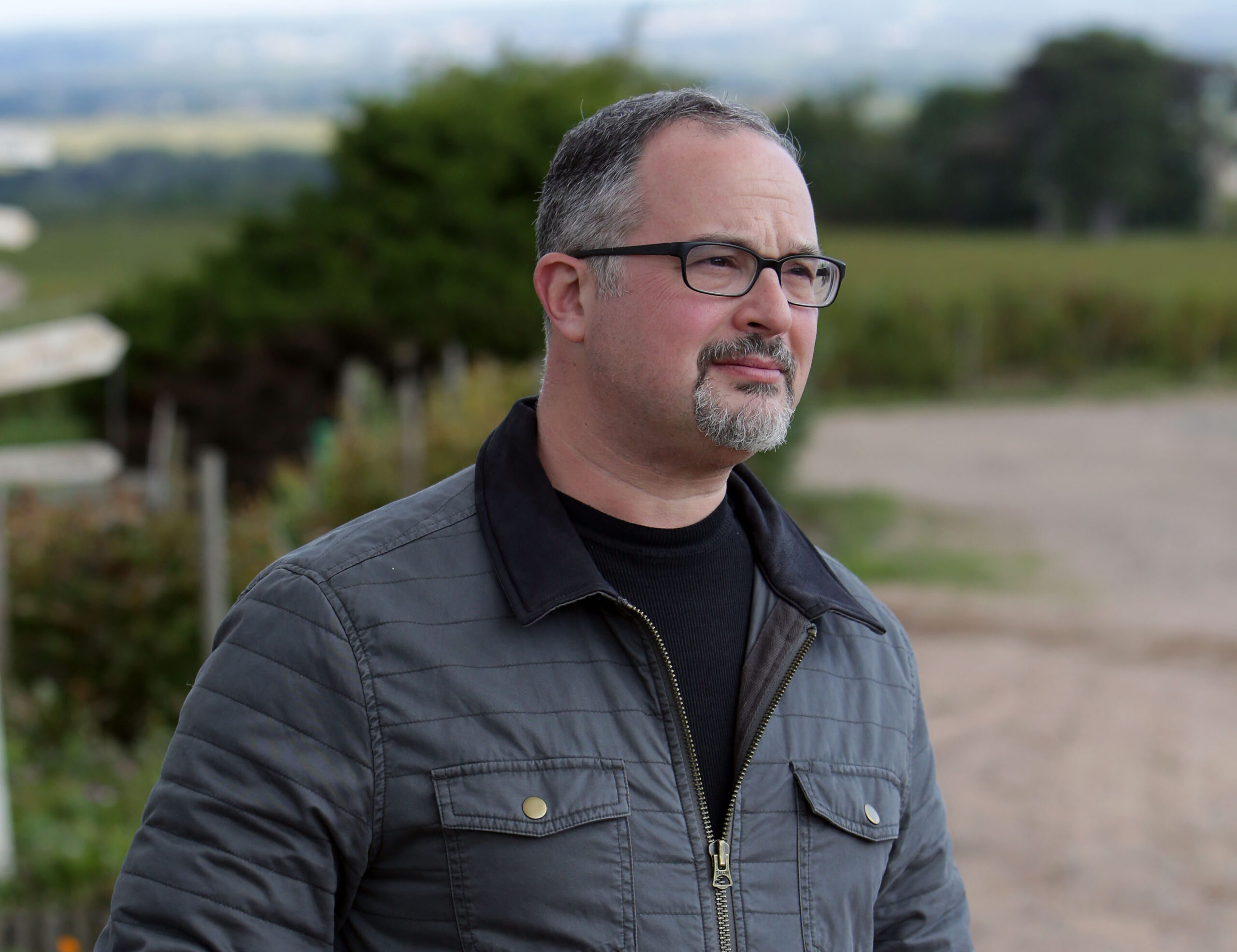 Jon Bonné has spoken for the palates who favor balance and subtlety for almost two decades. Currently the Senior Contributing Editor for Punch, he spent over ten years as the wine editor for the San Francisco Chronicle. A two-time James Beard Award winner, he also has written for Decanter and Saveur. Outside of journalism, he is the wine consultant for Jet Blue Airways. Already an established author of two books, The New California Wine and The New Wine Rules, Bonné is working on his third, The New French Wine.

I discovered Jon on Twitter early in my wine-buyer days. I posted a picture of the Meyer-Nakel Rosé, and he commented with something as passing, like “Wow!”. As tiny a thing as that was, it validated my affinity towards the lesser-known and small producers. Though Jon and I were only Twitter acquaintances before this interview, I have a separate relationship with his wife, Valerie Masten Bonné. She is the Vice President for National Sales for Skurnik Wines & Spirits, which distributes the Terry Thiese wines; wines which I sold—a lot of. So, Valerie would call on me whenever visiting San Diego. She is bright, funny, deeply knowledgeable and professional. We hit it off immediately. It wasn’t until much later that I learned they are a couple. I wanted to know how she has influenced Jon’s professional development.

Being such a prolific writer as Jon Bonné is, there are plenty of opportunities and entry points to explore his work. My intent for this piece is to open a window into his motivation and process and to get a better understanding of the mind behind the connoisseur and the critic. In the interview that follows, we talk about social media, his start, forging your own path and, yeah, wine.

Who are some of your influences in terms of fellow wine writers?

I go back to Gerald Asher a lot. I miss the studiousness of his writing. I like to go back and read his stuff for Gourmet. It was a time when a serious magazine was willing to put really serious work into deeply reported columns and it wasn’t just about tasty things. I love Peter Liem’s book on Champagne so much. I feel like it’s been so long since there was a really serious, detailed book like that is really beautiful, and it makes me feel like this wine writing thing may still have some life left in it.

What’s in your fridge?

There is the bottle of sake that’s been in there for two weeks, a bottle of Vouvray that I brought back from my trip. We have our big wine fridge that is full [of] stuff I’ve gotten to taste through. There is a bottle of Gaston Chiquet that I nagged [to] her about bringing some Champagne home, so she finally brought some home. There is some Alzinger that we buy to drink and save because, shockingly, there is usually some in inventory; so why wouldn’t you do that? There are some bottles of Sandlands because I always buy them and am stingy about opening. There is a lot of Burgundy that is untouched.

It isn’t about me being all populist and putting on my down vest. We end up drinking a lot of random crap. I really put [my wife] through all the samples that I get. One of the things that made me love spending time with Val, even early on, is that she came up through the wine world in Atlanta and didn’t have the luxury of being a snob. She is always open to whatever I was opening, whether it was California Zinfandel or weird things from France or orange wine. It’s like an ongoing lab experiment in our house. You never know what we will be opening. I torture her with lots of Muscadet because I love it.

How has your wife, Valerie, influenced your professional development?

She spends a lot of time pushing me to be nicer. It’s a lot of work. She also has given me an extraordinary education on the actual inner-workings of the business from the sell side. I think there are wine writers who understand it from the buy side, maybe they worked as sommeliers, maybe they worked in retail stores. They know how to be a buyer but very few people have experienced what it’s like on the sell side. You don’t get to cherry pick. You have this wide range of wines that have to find a home in markets that are not New York. You’re not just finding the newest coolest thing. There is this tendency in the wine world for people to think they discovered something. Especially if you are on the buy side, more often than not, you are discovering things at the end of a really long that doesn’t [give them] the respect or credit they should. I thought I understood how things worked, but before she “distributor-splained” me I don’t think I really respected what it means to be a small importer or distributor to have to jump through all of these hoops to bring wine to people, who then promptly claim [the wine] as their discovery. So now I have deep respect for the whole chain of events that get a bottle of wine on a table.

One word: Chambong. A Champagne Bong. It’s genius. Tell us all about it.

We have a couple of them. We haven’t taken it out in a while. The last time was a birthday party for an Italian winemaker who was in town over a year ago at this point. It involved Chambong and an immodest amount of grower Champagne and tequila and more grower Champagne. That was a very messy night.

What do you wish you understood better?

I find myself looking more and more at the history of wine. Doing research for my Burgundy chapter, I was astonished at how little is discussed about the 19th and a lot of the 20th century. I pieced together a lot of the progression of trends in farming and winemaking that hasn’t been touched because people move so quickly finding the new stars. Things change so fast there.

History isn’t being explained unless it is for marketing purposes. Now I am trying to do a better job of really understanding the long view of why certain wines end up the way they do because I think that explains a lot. I learned that with California. When I started going back through the agricultural reports from Hilgard and realizing that all of these things that we were talking about, like, are the coolest thing ever, they have all been there. One of the reasons I made Tegan Passalacqua of Turley and Morgan Twain Peterson of Bedrock winemakers of the year together was [because] they were also interested in how things that were viewed as novel in the current day have a long, long history. The things I want to know [are] how the things we think are so radical aren’t that radical; they are completely logical.

Is there something you wish people knew about you that they don’t?

I am not unaware that there are people out there who think that I don’t like them or am being harsh. I’m pretty tough-minded about almost everyone. Maybe it was the way I was raised. I had a relatively critical father—Valerie, as well. We can be harsh on each other.

I love to find wines and talented winemakers that make me excited. For me, the only way to make that enthusiasm valuable is to acknowledge what can be done better. There is a big difference between writing-off something as bad and seeing how something could be better. Honestly, I think the greatest winemakers in the world will say the same thing.

I want to stay on [the] cutting edge and never be the guy to review the 20th vintage of the same wine. It was okay to leave California and go to France to focus on the new. You have to find the new, the thing that is coming next.

I do think this is the best time ever to be a wine drinker. Ten years ago, you could not imagine that wine would be as it is. I hope the ecosystem stays healthy [and] that all the pieces thrive with the economic support necessary. It is too great a world. Everyone should go buy magazines and wine.